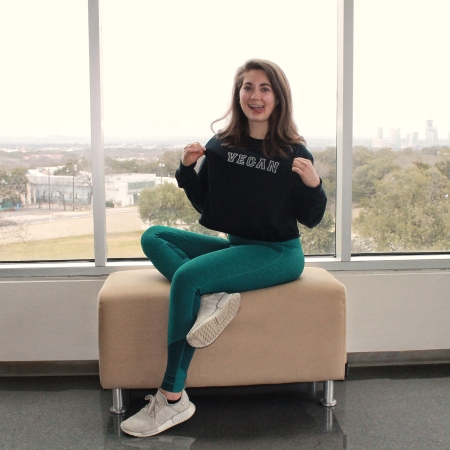 Welcome to a new blog series I’m launching called Existing as Vegan! Each piece will shed some light on how to go about your active vegan lifestyle. It’s more than just what you eat – veganism is also something you use to relate to other people, it plays a role in how you socialize, and when it’s something people know about you then you have the responsibility to be a good ambassador for the cause.

First and foremost I’d like to bring up the way people talk about veganism.

As a vegan health coach, I talk about veganism a lot. Like most people who are vegan or vegetarian (or who choose any lifestyle that is different than the ordinary) there are times when I meet people and need to explain to them what I do. Everyone has their own opinion about what to eat, so it’s important to know that they are coming from their own place of truth. Even when its difficult to swallow, keep in mind that this person has come to their own conclusions in roughly the same way you have come to yours. They are just different conclusions.

With that in mind, I want to share some of what I have learned about effectively sharing veganism with the world.

The best way to share what you do is to show why you are passionate about it. Let the positivity and benefits shine through instead of immediately reacting defensively. It’s really easy to immediately be on the defensive any time veganism is brought up. I get it, I have my speech ready in my back pocket at all times.

Not too long ago I was invited to a dinner. The restaurant choice was out of my hands, and we ended up making reservations at a conspicuously non-vegan restaurant. So, I called ahead and asked if anything on the menu was vegan. They had a grilled vegetable plate! I was relieved but not excited. Everyone at the table was familiar to me except for one person, annnnd I was seated right next to him. The dinner conversation was just getting warmed up when we made our orders. Maybe my neighbor was just looking to make conversation when he asked ‘Oh, you are vegan?’

I really wasn’t looking to draw any extra attention to my lack of food options at this particular restaurant. The conversation started out pretty tame. But before long, I found his argument that plants have feelings to be so ridiculous that I got defensive and emotional. How could he reduce veganism to such a small, lame argument? After saying my piece and still getting nowhere with him, I just stopped talking. Towards the end of dinner he apologized for his ignorance and lack of understanding. I just barely accepted his apology, left with a friend, and felt angry until the next day.

So, the outcome of this conversation about veganism was not positive. Yes, I defended myself to the end. I did get an apology, and maybe the other person got a little taste of the passion that lies behind veganism. But, neither of us was left with a good taste in our mouth. And I can almost guarantee the other person isn’t thinking about going vegan now. Maybe, if I had focused on why I’m vegan, what I love about it, and how fun and healthy it is then this interaction would have been nicer and more constructive.

But how do we transition from defensiveness to positivity?

The way to be positive about veganism is being aware of what you are saying. Be conscious of the direction the conversation is going in because with hot topics, the conversation can get nasty really quick.

Start with a positive attitude, and make it your goal to share why you are vegan. Avoid telling your conversational partner why what they eat is wrong, or why they are destroying the environment/contributing to suffering/harming their health. Unless someone is ready to change, then they probably aren’t ready to hear the hard facts. I have found that it works much better to ease people into the idea of veganism with the benefits of it before talking about the dark side of the meat industry.

When and if the conversation does get prickly, have some go-to ‘redirects’ to explain why veganism is what you do. Personally, I can focus on how it’s helped me have a healthy relationship with food. Maybe for you there is a great vegan restaurant or recipe you can share. Or, talk about the community you have found with other vegan people!

If despite your best efforts the conversation gets REALLY prickly, it’s also a good idea to have an exit strategy. Something like ‘you know what, I appreciate the back and forth here, but I think we just disagree and I’d like to move on.’ This will end the conversation before anything regrettable is said, or any tables get flipped.

Now I’d like to share a time that I was conscious of what I was bringing to the conversation.

Interestingly enough, when your shirt says ‘VEGAN’ on it in all capitol letters, you get a lot more comments than usual about being vegan. I have a photo posted of me wearing my vegan shirt on Instagram, and recently a guy messaged me saying ‘If you’re vegan, I’m vegan *heart eyes*’.

Guys, this is not the best pick up line.

What I really wanted to say to him was something along the lines of ‘Well that’s not how it works buddy, there’s actually a lot more meaning to it’. With a little more thought though, I realized this was not a constructive response at all – it wasn’t going to reflect well on me or veganism in general. To allow myself a moment to consider what to say, I went to take a look at his profile and pretty quickly found my angle. This dude loves poke bowls! So, I asked him if he has ever tried the vegan poke bowl at Flower Child. Instead of shutting him down completely, my new response was measured and allowed room to continue a conversation about veganism. What happened after that was pretty cool – he said he definitely would go try the vegan poke, and that he just bought groceries but maybe the next time he shopped he’d consider going vegan for 2 weeks!

As far as I know he may not follow through with the plan to go vegan, but all in all this was a nice interaction. And now, he has this positive association with veganism and a new restaurant to try! If I had chosen to spit out the first thing that came to mind, then this very well could have turned into an another argument.

Like I said, I talk about veganism a lot, and these are two stand out conversations. What I took away from them is to do what I can to talk about my WHY for being vegan, and to consciously bring positivity to the conversation.

If you haven’t already, take some time to think about your WHY.

Why are you vegan? What keeps you vegan? Can you remember some of the barriers or challenges you experienced at the beginning? With this in mind, you are ready to have a successful conversation about veganism. It doesn’t always have to be about making a convert out of someone. Just leaving them with new ideas and a positive emotion is enough.

You can make it your job like I have to help people become vegan. But if that’s not a role you choose, then being a good ambassador for the cause is a great thing to be.

2 thoughts on “Existing as Vegan – Part I: Talking About Veganism” 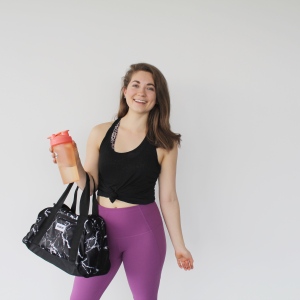 Imagine doing everything you do now, but better. That’s how it feels to be in tune with your health! My goal is to be a wealth of knowledge for you on your way to finding plant-based eating bliss. And there’s nothing that gets my blood pumping like talking food and fitness – so you know it’s real. Let’s work together to achieve your health and fitness goals!